Bahamas produced arguably one of the most notable results in the First Round of Concacaf World Cup Qualifying for Qatar 2022 when they drew 0-0 at home versus Trinidad and Tobago. While it was their lone point in the four matches, it was their finest defensive effort and will certainly provide belief for a squad heading into the 2021 Concacaf Gold Cup Prelims on July 3 when they face Guadeloupe.

One of the heroes of that result against the Soca Warriors was 18-year-old GK Ian Lowe, who showed poise behind his years in net for the Baha Boyz to secure the clean sheet. Lowe will be called on again to produce another top effort when Bahamas square off against Les Gwada Boys in what will be a battle of two teams who won their respective group in League C of the 2019-20 Concacaf Nations League.

While youth is served for Bahamas in goal, it will be the play of a seasoned veteran who will determine Bahamas’ chances in attack. It all boils down to 32-year-old FW Lesly St. Fleur, the nation’s all-time leading scorer.

Earlier this year, St. Fleur led Bahamas to the quarterfinals of the 2021 Concacaf Beach Soccer Championship, and now he takes his talent to the grass surface and will be aiming for another extended stay in a Concacaf tournament. 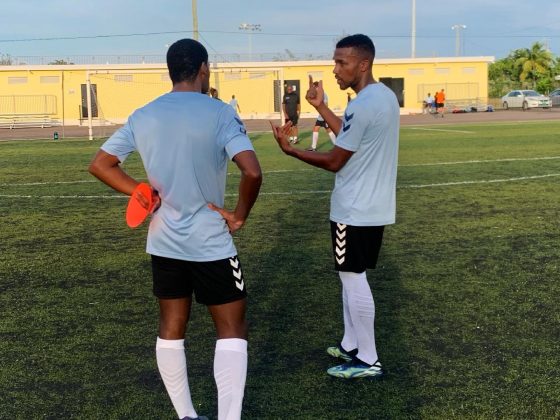 Imparting Knowledge On The Young