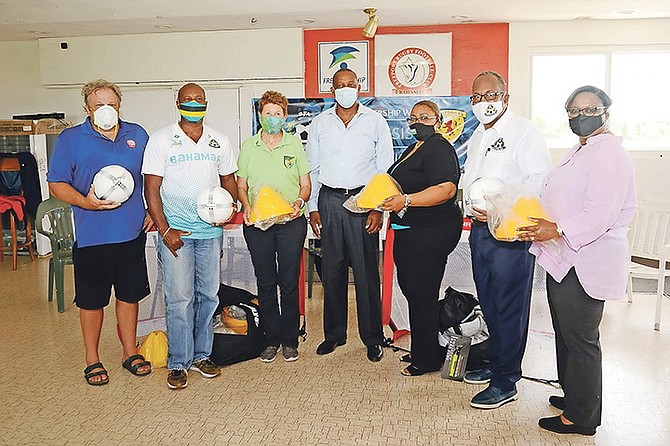 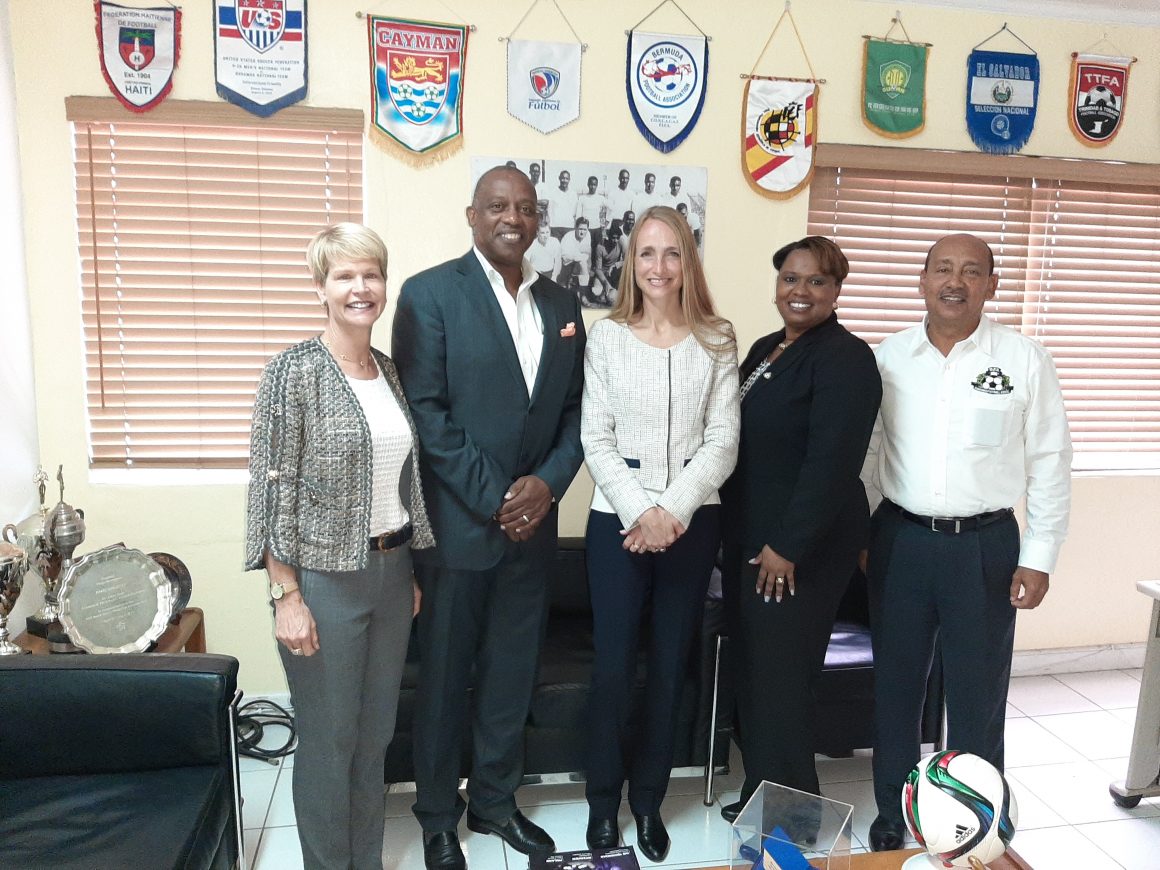 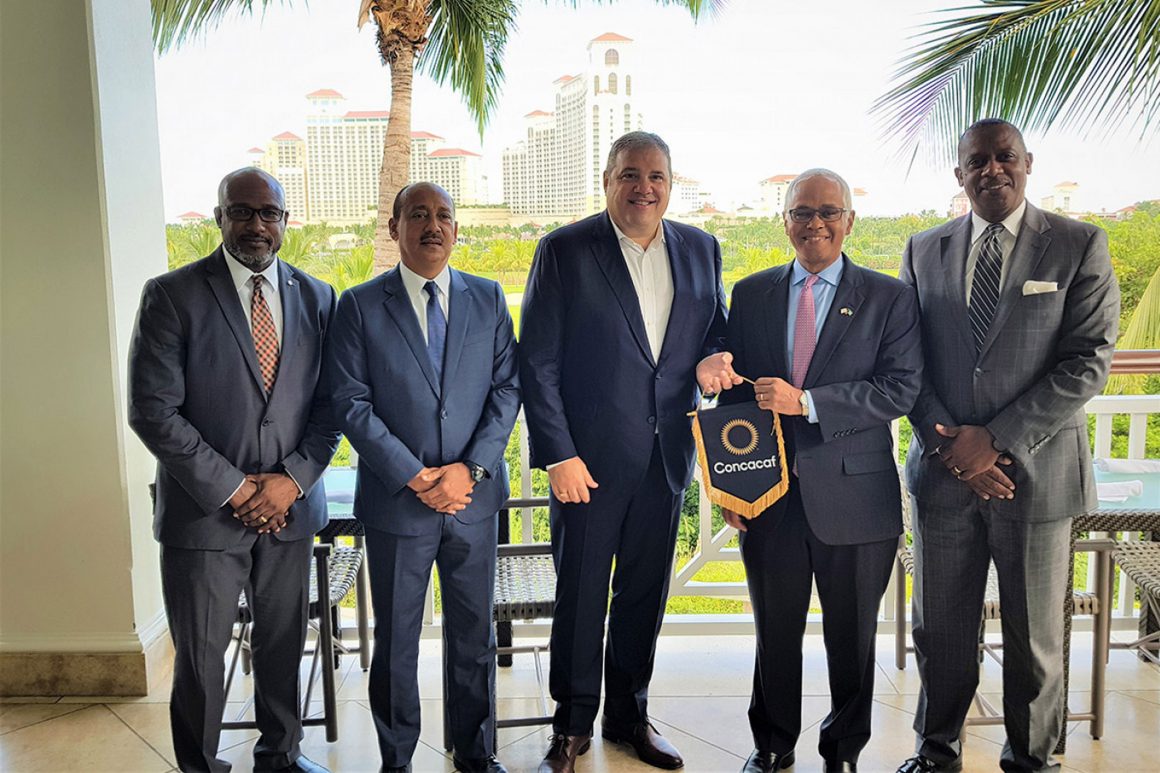 history of the BFA

Football was first introduced in the Bahamas just after World War I, when returning veterans continued to practice, kick around and play friendly games with each other in the new sport they came to know and love while serving in Europe.

Football was first introduced in the Bahamas just after World War I, when returning veterans continued to practice, kick around and play friendly games with each other in the new sport they came to know and love while serving in Europe. During the 1920’s and 30’s, clubs and teams from the three main districts in New Providence developed soccer as one of its sports, and matches were arranged from time to time. Teams such as St. Georges, St. Michael’ and the Scouts were involved in these matches. Games were also being played against visiting Naval ships and other recreation vessels, which stopped in Nassau. Most of the matches were played on Eastern Parade. Soccer increased in popularity during the 40’s and more teams and players became involved. A popular event, the Boxing Day Soccer Classic evolved which featured two of the top teams of the period, St. Georges and the Vikings. Key players on these teams were Robert and Irrington “Rinky” Isaacs, Oscar and Leroy Archer, Robert Elliott, Bill Martin, Sir Randol Fawkes, Sir Cecil Wallace-Whitfield and Winston “Tappy” Davis.The popularity of the sport continued into the 50’s and in 1954, the first attempt to organize teams into a league or association was accomplished.

The Bahamas Amateur Football Association was organized with Brian Andrews, an Englishman employed with the Telecommunications Department, elected as its first President. Paul Thompson, former Assistant Commissioner of Police, served as its first Secretary. The number of teams varied between six and ten during the early years, and matches were played on Sundays at Clifford Park. Soon, another league was formed where players participated for the recreational benefits of the sport and these matches were played on Saturdays. Therefore, during the late fifties and mid-sixties, two leagues, the New Providence Sunday League and the New Providence Saturday League, under the umbrella of the Bahamas Amateur Football Association, promoted and developed the sport in New Providence. In 1957, the first All-Star team representing the Bahamas, travelled to Miami, Florida to play against the Coral Gables Soccer Club for a trophy donated by the Bahamas Development Board, the forerunners of the Ministry of Tourism headed by the late Sir Stafford Sands. The team was managed by Sir Gerald C. Cash, former Governor General of the Bahamas, and captained by Roy Armbrister. Other players on this team included William Lowe, Fred Hanna, Paul Thompson, Irrington Isaacs, Leroy Archer, Cyril Joseph, Darnley Jones, and Roscow Davies.

Additionally, as a member of the Bahamas Olympic Association, the BFA has provided national soccer teams to participate in regional games, Pan Am Games, CAC Games and pre-Olympic competition. Teams attended the CAC Games in Panama in 1970, Dominican Republic in 1974 and 1986, Cuba 1982 and the Pan Am Games in Cali, Columbia in 1971.__ image-3__ International matches in preliminary round competition for the FIFA World Cup, Olympics and Pan Am Games were played in Mexico, Bermuda and Guyana, and more recently, Anguilla and Haiti, on a home and away basis. Friendly matches against the New York Cosmos of the North American Soccer League, featuring players such as Giorgio Chinaglia, and Club Varietes, featuring players such as Michel Platini, Alain Giresse, and Dominique Rocheteau, provided additional exposure and experience for local players. On the development side, many courses have been organized locally and abroad for players, coaches and officials over the past twenty years. FIFA Futuro I and II, Olympic Solidarity Courses, and more recently the BFA Coaching and Education Scheme, offering courses for coaches and referees have assisted persons in the Bahamas in the development of the sport.

Additionally, many players have benefited through travel and educational opportunities. Relationships are presently being developed with coaches at colleges and universities to further this, and also contacts with professional clubs in the US and UK is being worked on. Very recently, some of our young internationals were afforded trials with Southampton FC in the UK, and another with the Tampa Bay Mutiny in the US. It is hoped that the establishing relationship will eventually lead to Bahamians playing professionally around the world. 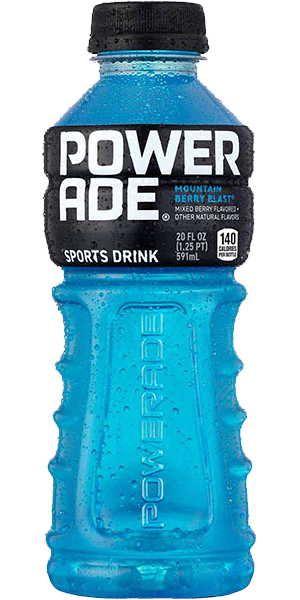