Pandemonium broke out last night at the Bahamas Football Association (BFA) Beach Soccer Stadium, when Wood Julmis’ left foot struck the ball on a rebound to score the go-ahead goal that put The Bahamas up 2-1 against Colombia. The win means that the undefeated Bahamian squad captured the Bahamas Beach Soccer Cup trophy to keep the trophy at home.

The Bahamas came into the final match with six points and Colombia had three points, but had a better goal difference than the hosts. The Bahamas needed to win outright to get the trophy. It was the first time that The Bahamas hosted a beach soccer international competition since 2018.

“It feels ecstatic that it is a tough tournament,” Bahamas head coach Gavin Christie said. “We have not played beach soccer in awhile and it is finally back in The Bahamas. For us to come and win in style and all three games in a tough competition shows that we are ready for this sport in The Bahamas,” Christie said.

The first two-thirds of the game saw just one goal being scored. That goal belonged to Colombia; it was scored in the fifth minute.

Christie made a tactical move and turned the team from a defensive one into an attacking one, as captain and the Most Valuable Player (MVP) Lesly St. Fleur and Julmis pressured the Colombian team up top.

“I told the guys that we have to be patient in this game. In beach soccer a one- or two-goal lead does not mean anything. We just had to be patient and stick to the game plan and our time would come. Thankfully it came in the third period, where we were able to score three goals,” Christie said.

The move paid off for the Bahamian side. The Bahamas had several chances on goal, but a shot by Brandon Adderley playing in his first international beach soccer tournament at home was the equalizer for The Bahamas in the seventh minute of the third period of the match.

Though St. Fleur did not score any goals in this game, he was happy that they got the win.

“It was a great tournament and every game we played, we started off slow and then we recovered at the end. This match showed who had more willpower to win the game. At the end of the day it was us,” St. Fleur said.

Goalkeeper Michael Butler was fouled with less than a minute to go. His free kick bounced off the Colombian goalkeeper and Julmis was there to pick up the pieces, as he put the ball at the back of the net and celebrated with his shirt off, picking up a yellow card as he wanted to celebrate the moment.

“When the ball was

bouncing around, it was just a reaction from me to get the goal. I am always eager to score the goal for my country. I have been on the national team for three years and to play in front of our fans was an extraordinary feeling.”

A few seconds later, Gary Joseph went for the ball in the Colombian final third and the defender kicked him in the face to give The Bahamas the penalty. Joseph got the chance to get a goal with 13 seconds left. He tucked the ball away easily to the right side of the goal and into the back of the net.

The Bahamas will now prepare for the Beach Soccer World Cup Qualifiers, as this serves as a huge boost for Team Bahamas going forward.

“We brought beach soccer back in grand style. The next thing on the list is the World Cup Qualifiers and this tournament was to kick off the program for that competition in 2023,” Christie said.

On Saturday, The Bahamas won 6-4 over Costa Rica. Friday night saw The Bahamas opening the competition with a 7-4 victory, as St. Fleur came away with a hat trick.

The Bahamian women’s national beach soccer team was in action, but they lost both of their matches. They lost 11-6 to Trinidad and Tobago and a close game to Turks on Caicos on Saturday. The team finished third overall.

Trinidad and Tobago was the women’s champions, while Turks and Caicos was the runners-up.

On the ladies side, Trinidad and Tobago’s Alexia Ali won the MVP and top scorer awards. Her teammate Tenesha Palmer won the best goalkeeper award. 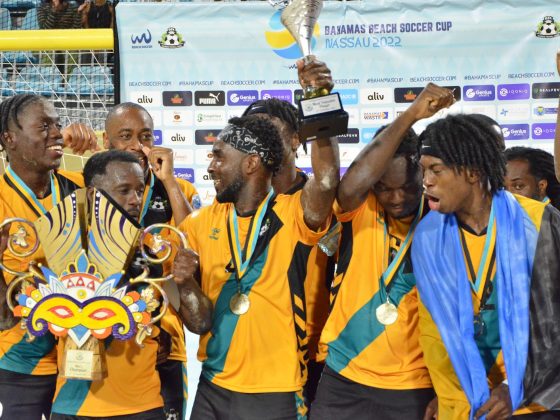 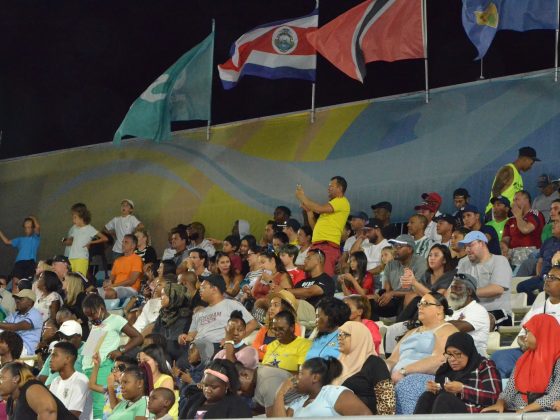 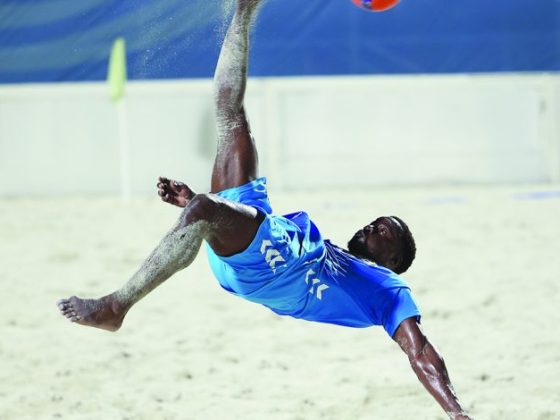 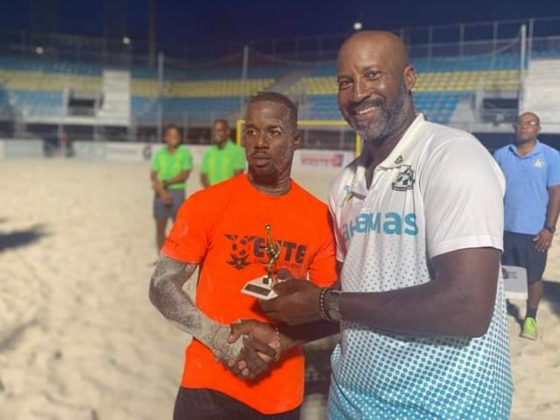