NASSAU, The Bahamas – “I started playing football when I was 15 and played with United Football Club, my original first positions were Winger and Striker but after I told my coach I played baseball, they put me on Goal as a Goalkeeper and I’ve been there ever since,” Michael recalled.

His love of the sport grew as he played for University of The Bahamas and Mount Allison University in New Brunswick, coupled with his passion for music. His skillful adaptable hands blocking balls and playing the saxophone and piano, all three to him are forms of artistic expression.

“Soccer is like telling a story, the beauty of the game is that it is not mechanical as it always changes. Different teams have different playing styles and philosophies and it’s up to each individual. Of course, there is a general system but it’s up to the individual to follow the system but in their own way, style and with creative expression,” he explained.

With a preference for beach soccer, Michael has traveled the world representing The Bahamas on the National Team at various tournaments.  “My first Men’s World Cup Qualifier in 2019 was in Puerto Vallarta in Mexico, I’ve been to El Salvador, China; for grass I’ve been to the Dominican Republic, Puerto Rico but my absolute favorite place is Mexico. I really want to thank the BFA for their constant support and for the opportunities I’ve been afforded to see the world playing soccer,” he said.

The demands of the game require a supportive system, for Michael these are keys to his success on the field.

“A support system is essential, you generally do need people in your life who will give you good advice, help train with you and encourage you. However, progress generally is up to you, even as a team sport or individual sport you must be accountable and responsible for yourself, put in the work and disciplined. Having a good coach, supportive family, and mentors can help guide you and keep you on the right path.  Sometimes you really do need that extra push, like on those days you don’t want to go to practice or maybe you’re training in the wrong thing, or you have a wrong mindset,” he explained.

“My family has been super supportive and very helpful along with the guys I’m training with here.  I’ve grown so much physically and mentally working with the coaches and players during our beach soccer training. I’ve elevated a lot and am excited to see my progression. I’m really looking forward to this upcoming competition, it is like a club world cup for beach soccer and some of the best players in the world will be there, it is truly an honour to be able to play on the team,” says Michael.

He was invited to play on Canada BSC team based in Toronto and Ontario, Canada due to his excellent performances at the U.S. Beach Soccer at Oceanside where he received a Golden Glove award and a second Golden Glove at the North American Sand Soccer Classic in Virginia.

His advice to young men and women with an interest in soccer, “if that’s what you want to do, do it. Whether it’s football or whatever you want to play.  Do it 100% because you don’t know where it can take you. Just like the scripture says in 1 Corinthians 10:1, ‘therefore whether you eat you drink, whatever you do it to the honour and glory of God’,” expressed Michael.

Another key piece of advice shared, “Be coachable, I now play on a professional adult level and traveling lately makes me realize that a lot of people are not coachable. I’ve met and played against some insanely great players, but no one wants to put them on their teams or travel with them because their attitude sucks, or they have weird or bad habits. Coaches want them on the team to win but don’t want them because of what you will deal with. So always remain respectful to your coaches and teammates and be willing to learn.”

As a top athlete and Jazz musician, he encourages study of the game and practice.

“Football is just one aspect of life, I also studied music at university and practicing is vital. My big thing was Jazz, so I had to not only study music but also do the homework and practice. On average, any real good musician probably practices somewhere around four to five hours a day as well as listening to music on their own personal time. So just like music, soccer, another form of art must become a lifestyle. If you really want to go off to school and play on a team, get a soccer scholarship or become a pro, it will require you to become a student of the sport.” 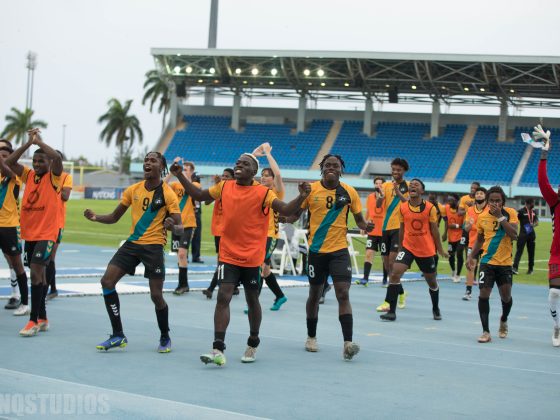