The Bahamas women’s under-20 soccer team arrived safely in Curaçao and saw their first action last night against the Cayman Islands but the result was unavailable up to press time. They are playing in the CONCACAF (Confederation of North, Central America and Caribbean Association Football) Women’s Under-20 (U20) Championship Qualifiers at Ergilio Hato Stadium in Willemstad, Curaçao.

Guardian Sports caught up with head coach Cherlindria Thompson, and asked what she expects out of the trip.

The Bahamas will play another game on Wednesday night, taking on Anguilla at 8 p.m. They are familiar with the Cayman Islands, having played them in the Football Festival in early August in the Turks and Caicos Islands. The Bahamas lost the final game, 4-0.

“Since we’ve played them already, we are aware of their strengths and their weaknesses. We intend to maintain possession for most of the game to decrease their goal-scoring opportunities. While attacking, we will look to push as many players forward as possible and penetrate the defense with our speed,” said Thompson prior to the start of the game.

One thing she looks forward to is seeing the young ladies’ chemistry that they have built from their trip to Turks and Caicos.

“Since most of the girls have already played in the Turks and Caicos tournament, the chemistry has grown. They are able to read what they’re teammates are doing before it happens,” said Thompson. “We have a strong presence in the midfield, and once we get the ball up to the striker, we are confident that a goal-scoring opportunity will be created.

“We increased the frequency of practices from three days to five. We focused on specific game situations that we may encounter. We were also able to get two games with the other members of the development program. We recorded one of the games and the team watched the footage and were able to make the necessary adjustments in a subsequent game.”

The delegation is an all-women group with Thompson being assisted by Jodei Clarke. The goalkeeper coach is Gina Stubbs. Karen Wert is the physical trainer and Philencia Harris is in charge of the kits and logistics.

The head of the delegation is Daria Adderley. Charmaine Smith is the team manager.

Thompson is pleased with the full-female delegation, and said she is happy to see women’s soccer progressing.

The Bahamas is in Group B along with Cayman Islands and Anguilla. The competition consists of 13 teams playing in four different groups. Three groups have three teams and one group has four teams.

The other 10 teams in the tournament are host nation Curaçao, Bermuda, St. Vincent and the Grenadines, Dominica, the US Virgin Islands, St. Lucia, Antigua and Barbuda, Grenada, Suriname and Belize.

“The more games that are played, the better players get. The Turks and Caicos trip allowed players to experience a different level of play after a long hiatus from international competition. We got accepted into the tournament about two weeks after the Turks and Caicos trip. We immediately increased the intensity of practices and were able to build from our previous competition,” Thompson said.

As expected, Thompson is looking to win the group and move on to the next round.

The group stage will be in a round-robin format, and the winners from the four groups will advance to the knockout stage. The knockout stage is set for the first quarter of 2022.

The winners from the four groups will join 12 other teams and they will be divided into four groups. After round-robin play in that portion of the championships, the top teams in each group will advance to the round of 16.

The entire knockout stage, which includes the round of 16, quarterfinals, semifinals, third-place and final matches, will be played in a single elimination format.

The winner, runner-up and third-place team will qualify for the 2022 FIFA (International Federation of Association Football) U20 Women’s World Cup in Costa Rica, set for August 10-28, 2022. 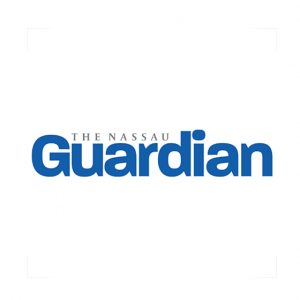